Get startedRequest a demo

Your feature voting board may be messing up your product 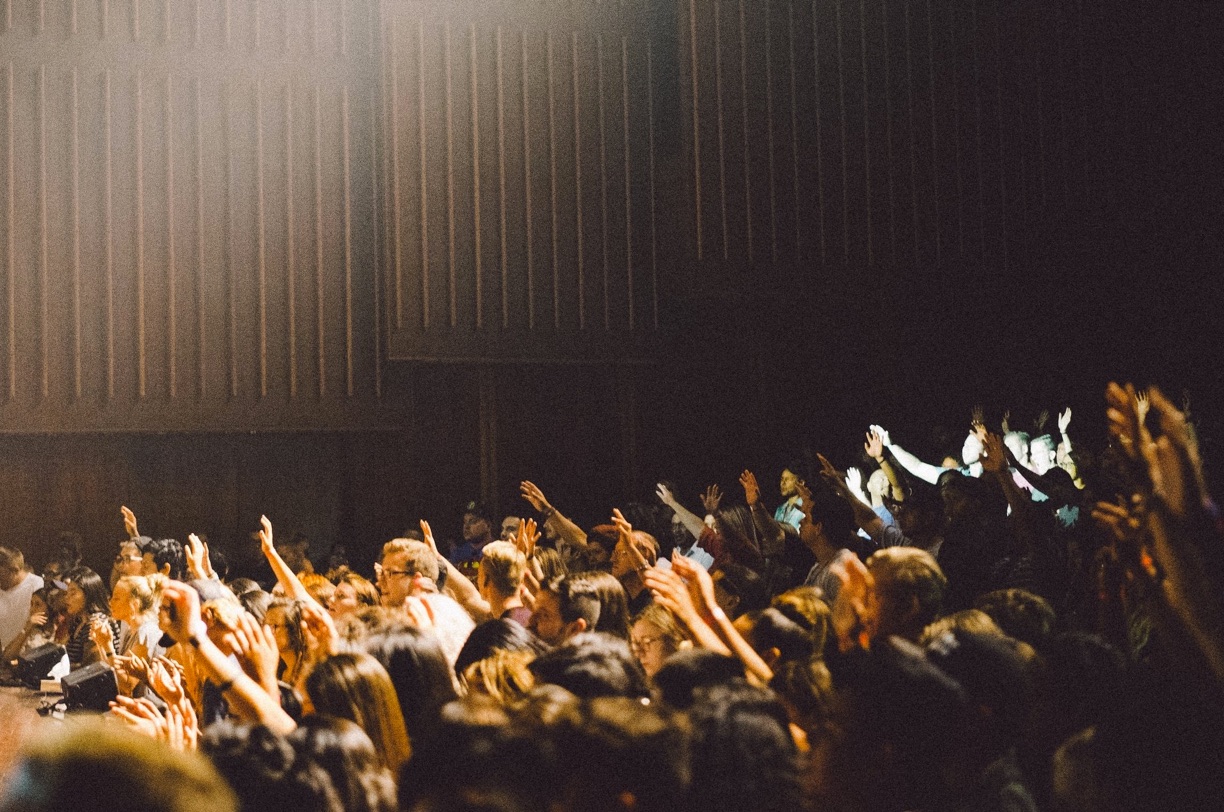 A feature voting board seems like an easy way to collect feedback for your SaaS product and involve your users in the creation process. In fact, it allows your users to become amateur product managers by having them present ready-made solutions. Solutions that will guide you to the opposite result of what you need…

A feature voting board, sometimes combined with a roadmap, gives people a way to tell what feature they would like to see in your product. Others can vote on this, which results in a nicely prioritized overview of what you should build. Or at least, that’s the idea.

Every product manager in SaaS has probably thought about opening a feature voting board as a way to involve users into the process. In the end, you want to build something they love, so giving users an easy way to share their input without costing you time sounds like the perfect solution. Over the past year or so, we have spoken to over 100 product managers. We learned that feature votes can actually lead you into building the wrong things instead of the right ones, if you're not careful. And your users, instead of feeling involved and heard, may lose trust if you apply things the wrong way. Let me explain why.

When asking people to describe what they hypothetically want, you’re asking them to come up with a solution to their problem given the world view they have. As a product manager, it’s your job to find out which problems people have and design smart solutions for those. Quoting the famous example of Henry Ford,  “If I had asked people what they wanted, they would have said faster horses”; this is exactly what a feature voting board is doing.

In order to unlock their underlying needs, you need to get into a dialog with your users.

Your users are no experts in telling what solution they need and will bias towards whatever they have seen before: a feature in your competitor’s product for instance. If we follow the principles sketched by Peter Thiel in his book Zero To One, copying and following the competitor like this will lead to a situation where true innovation is absent. It leads to a crowded market with little profits to be made. Instead, there’s a clear value to having an unpopular opinion and vision, and combining that with deep understanding of your users to craft solutions that stand out. In order to unlock their underlying needs, you need to get into a dialog with your users.

This doesn't mean you should abandon something like a voting board at all. It means you should really consider it as 'signal'. Knowing a lot of people vote for something, means you might want to pay attention and dive deeper into that particular topic. Understand what the core problem or need is. To get back to the Ford analogy: if a lot of people are asking for a faster horse, at least it's good to know they want a faster horse. It doesn't mean that 'a faster horse' is the solution though. It should make you think about why they are asking that, and realize you need to come up with a solution to get them from A to B faster.

There’s another issue with using a voting board to gather input: people influence other people. What you’re looking for is quantitative evidence of which problems are most important for the audience you try to serve. However, put a group of people in one room, like a meeting. What happens is that they become reactive to one another. Whatever the first person coins up will be all that is being talked about, even if it might not be the most important thing to talk about.

In addition to that, the votes that are publicly visible may not be from people that are qualified to fit into your target personas. The result: they ask for features that might sound nice but have no clear relation to the most urgent problems to solve. This is why “dark mode” is on top of many public voting boards. This way of gathering input therefore fails the mom test; you will get a reactive response based on what is visible on the screen. Most solutions out there have this exact problem.

As a product manager, you are the only one able to understand the constraints and tradeoffs between all factors that are important for your product decisions. This includes user feedback, business goals, market strategy, competition, available resources, etc. A public voting board gives limited control over the context and framing to make users understand that.

You are the only one able to understand the constraints and tradeoffs between all factors that are important for your product decisions.

If you combine the results of your voting board with some research to find out the real underlying problems, the consequence is that you will have to say NO more often than not. Most feature requests will not be the best solution to a problem, not be the most urgent problems, not be aligned with your vision or cost too much effort to act upon. That means you should be careful with requests left hanging on top of the typical voting board that normally shows the most popular requests on top. When this happens, users will assume you don’t listen to them. The consequence: users become disappointed and may lose trust. This is exactly what you had been trying to avoid by giving them the possibility to contribute. Ouch!

To avoid this: you might want to consider avoid showing vote counts on such a voting board, be really transparent in explaining why you're not acting on it if you do show them, or just avoid a voting board overall.

What should I do instead

One of the best ways to get unbiased feedback from your users is right in front of you: the support messages they send you are full of feedback. They will ask how to achieve A, indicate they don’t understand how to do B, or share their frustration about C. In such a one-on-one conversation, ask questions to reveal what the user actually wants to achieve, similar to an interview. Another way is a short survey, like the one from Sean Ellis, including an open-ended question to elaborate. Use this instead or in addition of using a public voting board to get sufficient signal about what your users are looking for, and be considerate about your approach when using such a voting board.

When a voting board does work

The goal of this article is not to prove that voting boards are useless. In fact, we built something ourselves taking these elements into account, and solved for it. When applied under the right circumstances and treated correctly, it can be a useful tool in the product manager’s arsenal.

Especially when you have a low-touch product, i.e. serving the consumer, 'prosumer', or a lot of SMBs, you might offer limited human support. Feature voting would enable you to supply an entry point for feedback. Also, for specific features where the use case is clear, the statistical distribution can be important for prioritization. Example: which integration should you build first out of three options? The answer depends on what most of your users use.

Note that sharing a public roadmap doesn’t mean you’ll have to let users vote or have them send in requests which are visible for anyone. Think about what you want to achieve with your board and set it up accordingly.

If you decide to use a public voting board after all, here are some tips. It’s important to understand that it requires effort to get value from votes. The main reason: you need to dig into the numbers before making conclusions. Are the voters part of the right target audience? Do they have the same underlying reason for requesting this feature? Is it the right solution to their problem? This may require doing some further research like interviews.

You will have to say NO more often than not.

It’s critical to be transparent and let your users know when you’re not pursuing a feature. They won’t mind as long as you let them know and give some explanation.

To keep a clear and useful overview, it’s not bad to introduce a little barrier as a filter to get requests that are actually pressing issues. For more guided feedback, determine the features to vote on yourself. Either way: curation is key.

A good example of such a board is the one by Buffer. The product is widely known and has many users, but there are remarkably few requests on the board. It’s guided to provide useful insights to the product team.

Also be considerate about what solution to pick. As mentioned, public vote counts can provide serious bias, so think that through and decide if that's an issue to you. You might also want your users to not only do a '+1' but  them include an explanation on why it's important to them.

Think before you act

So before you open up that voting board with a few clicks, consider what you want to achieve and how to get the right feedback to support your decisions. In any case, do make sure you listen carefully to your users and don’t be afraid to say NO :). 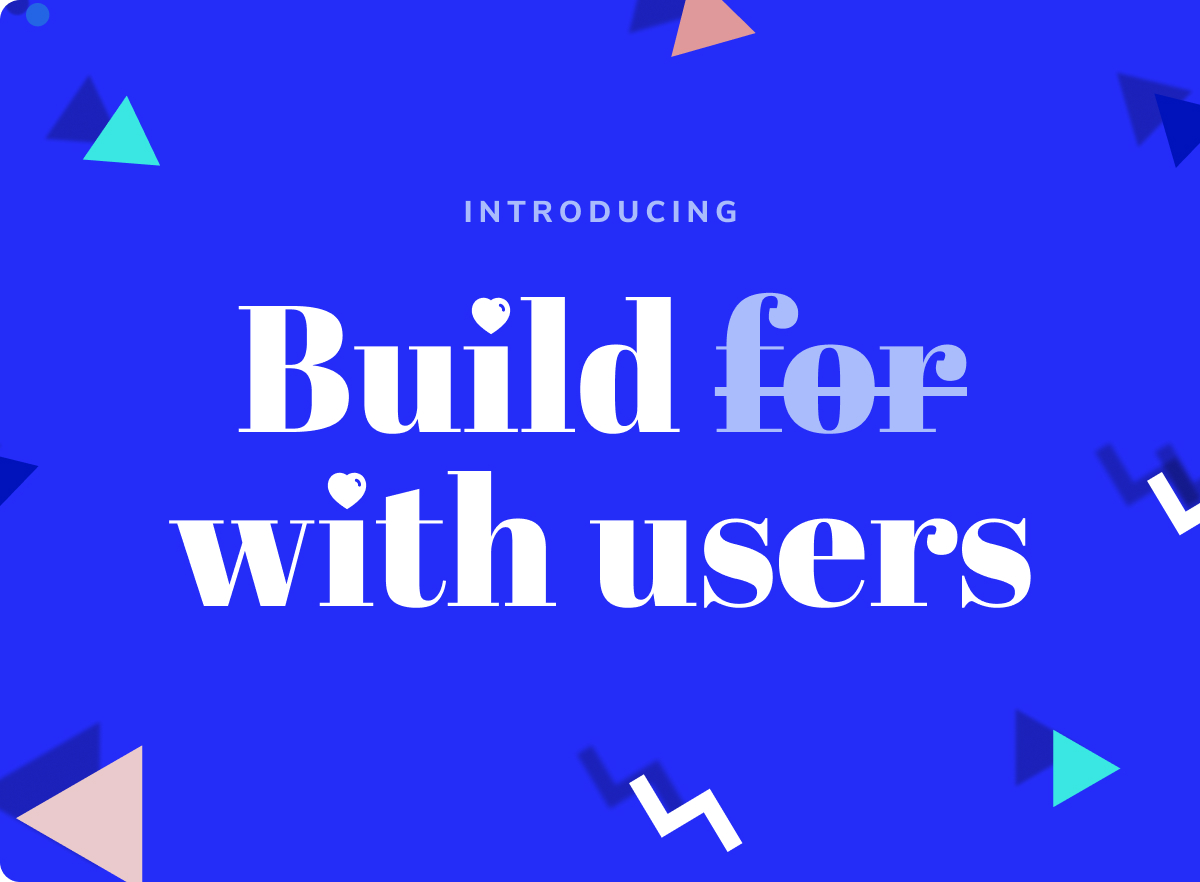 We're introducing a new interview series sharing lessons on how software startups with traction are building their business leveraging a user community. Learn why & and sign up to stay tuned on the interviews coming.
SaaS
Mar 11, 2020
by
Frank Lagendijk 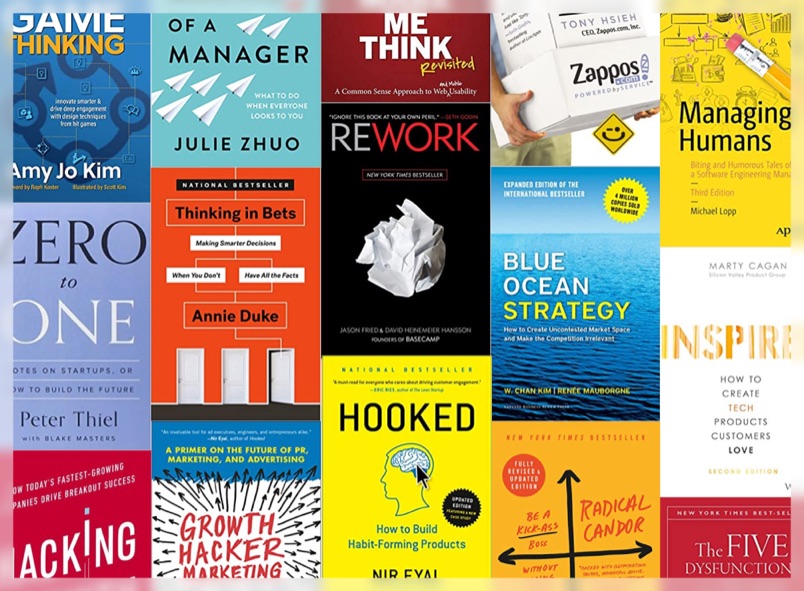 17 books every product leader should read in 2020

Whether being a product founder, product manager or product director: leading product is all encompassing job that requires a diverse set of skills. Here are 17 great reads to help you out.
Product Management
Mar 11, 2020
by
Frank Lagendijk

17 books every product leader should read in 2020 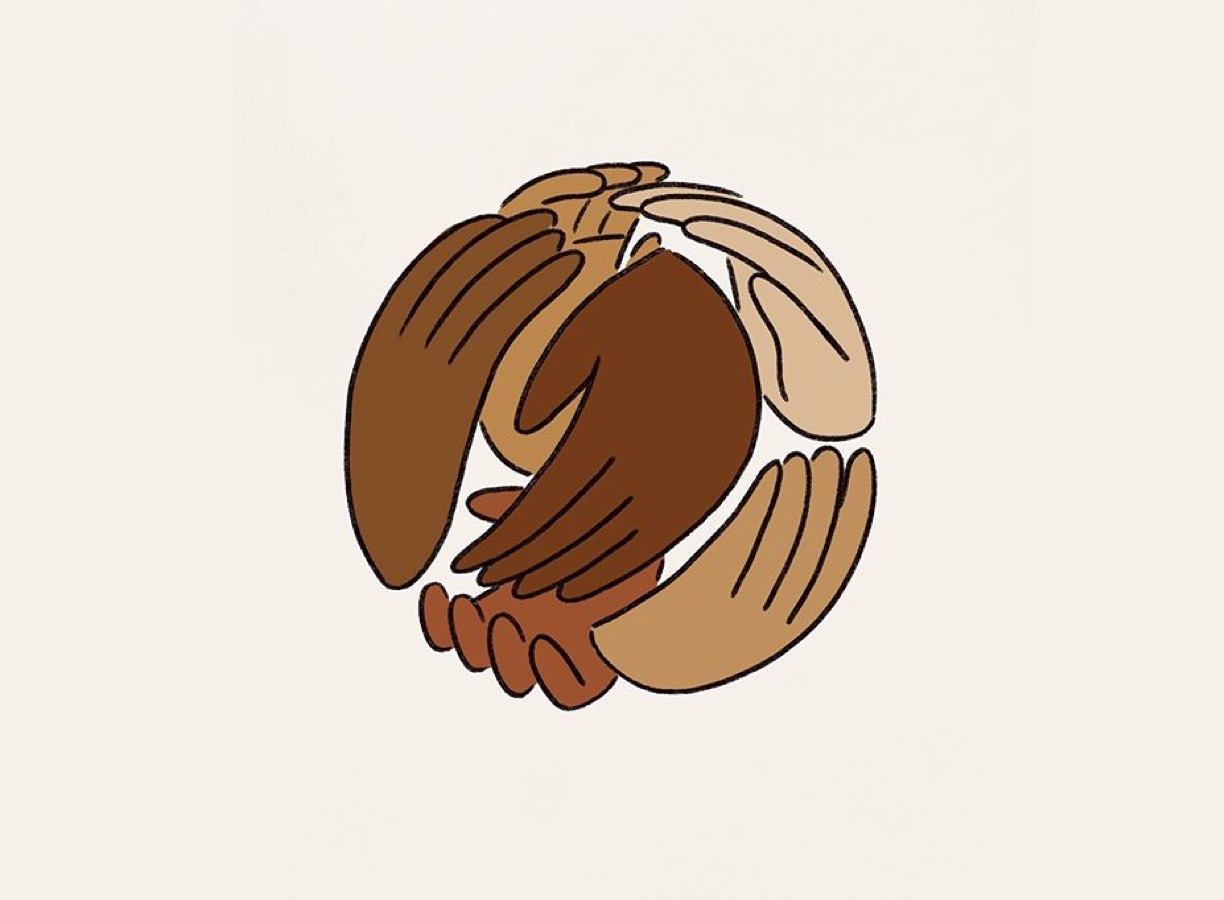 We stand in solidarity with the black community and BLM movement. We understand that all humans are valuable. We also understand that right now black lives and black voices need to be amplified in the fight against racism and injustice.
Startup Journey
Mar 11, 2020
by
Frank Lagendijk 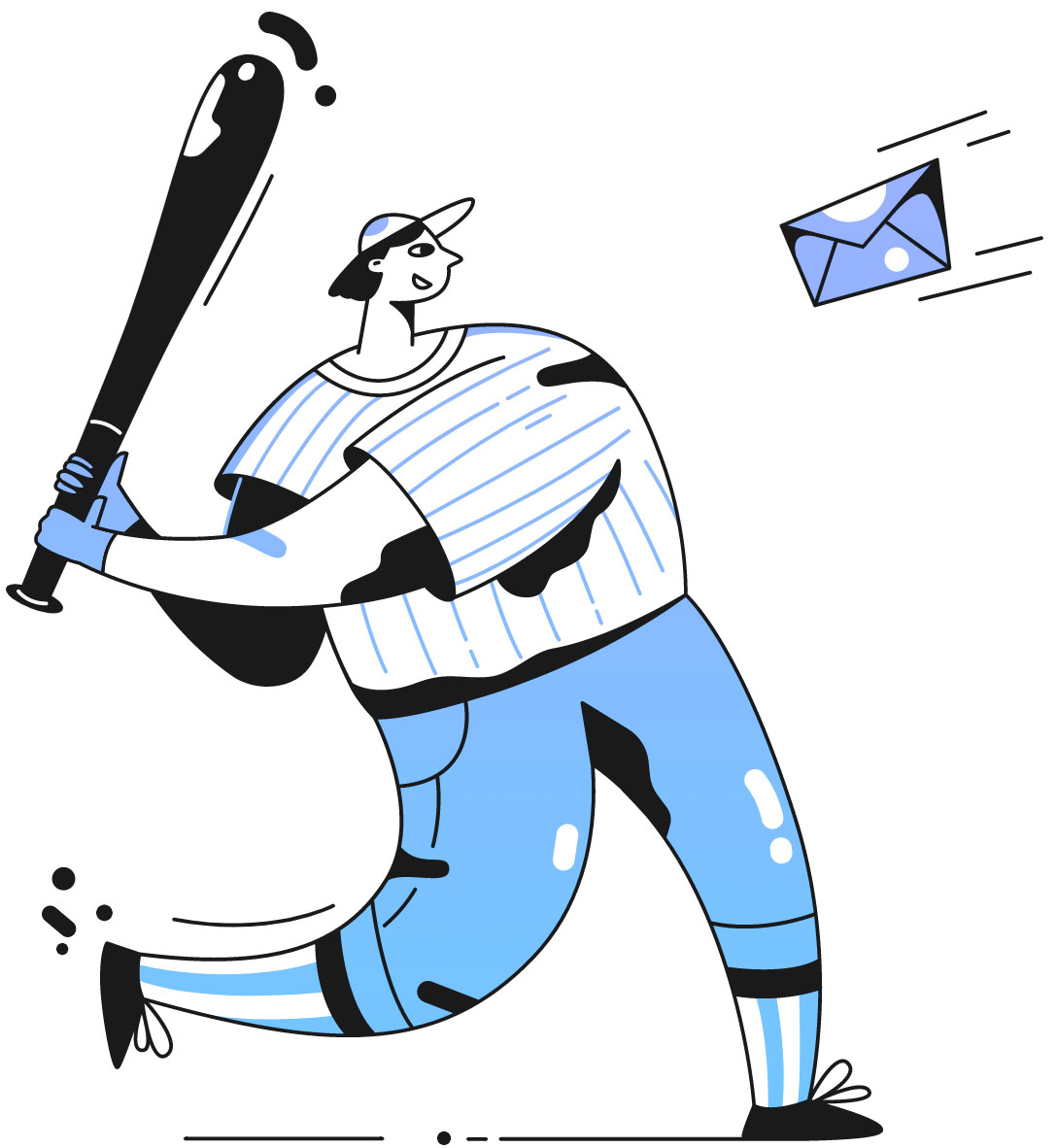 Stay in the loop

Don't miss out on insights related to SaaS, Feedback Management & Product Management.
Welcome to the club! 🙌
Oops! Something went wrong while submitting the form.
No spam!